Chairwoman of the TAU Board of Governors

Dafna Meitar Nechmad is a TAU alumna and longtime social investor with extensive philanthropic experience. She manages the Zvi and Ofra Meitar Family Fund, established by her parents Zvi and Ofra Meitar, which supports cultural and educational projects in Israel and overseas. Following a flourishing law career she turned her time and attention to the nonprofit sector. Since 2003, Ms. Meitar Nechmad has served as President of Meitar Collection, a private company with an archive of more than 150,000 photographs taken by photographers in Israel since 1940. The company preserves and catalogues photographs, and makes them available to museums, publishers and producers. Her various additional roles include, member of the Managing Committee of the Zvi Meitar Center for Advanced Law Studies at TAU’s Buchman Law School; board member of JFN – Jewish Funders Network; a member of Committed to Give, and a Governor of Tel Aviv University. Additionally, she is a board member of the Metropolitan Opera in New York and the Herzliya Interdisciplinary Center. From 1989 to 2006, she was a partner at Meitar Liquornik Geva Leshem Tal, the largest law firm in Israel, where she specialized in commercial, telecommunications and corporate law. Ms. Meitar Nechmad holds an LLB, a BA in political science, and an MA in political communications, all from Tel Aviv University. She lives in Tel Aviv and is married with three daughters and one grandson.

Prof. Ariel Porat was elected the ninth President of Tel Aviv University in May 2019. After receiving his LLB degree and direct JSD degree at TAU, he performed post-doctoral studies at Yale Law School. In 1990, he joined TAU’s Buchmann Faculty of Law, where he is the incumbent of the Alain Poher Chair in Private Law. He is a member of the Israel Academy of Sciences and Humanities. Prof. Porat’s main research interests are torts, contract law and the economic analysis of the law, with many books and articles published in these areas. He served for 15 years as an Associate Member and Fischel-Neil Distinguished Visiting Professor of Law at the University of Chicago (2003-2019). He was also Visiting Professor at Stanford University, and at the Universities of New York, Columbia, Berkeley, Virginia and Toronto. He was a member of the Board of the American Law and Economics Association for three years, and is a member of the American Law Institute. From 2002 to 2006, Prof. Porat served as Dean of the Buchmann Faculty of Law, during which he introduced joint LLM programs together with UC Berkeley and Northwestern University. He also founded an admittance program for students from Israel’s geographic and social periphery, which was initially at the Law Faculty and thereafter adopted throughout the University. Prior to his appointment as Dean, Prof. Porat was Director of the Cegla Center for Interdisciplinary Research of the Law (1997-2002), where he founded the journal Theoretical Inquiries in Law, today ranked as one of the world’s leading journals in the field of law theory. Prof. Porat has been the recipient of numerous honors, among them the EMET Prize, Chesin Prize, Zeltner Prize and Zusman Prize.

Prof. Mark Shtaif is the Rector of Tel Aviv University. After completing his BSc, MSc, and DSc degrees in Electrical Engineering at the Technion in 1997, he joined the research team of AT&T Labs in New Jersey as a senior and then principal member of technical staff, studying communication technologies. In 2002 he joined the Faculty of Engineering at Tel Aviv University and served as the head of the School of Electrical Engineering from 2017 to 2020. Prof. Shtaif is a communications scientist working mostly in the fields of fiber optics and optical communication systems, focusing on the integration of optics, quantum theory, nonlinear systems, communications theory, information theory, and signal processing. Over the years he has contributed to a variety of topics including optical amplification, analysis of nonlinear propagation, polarization-related phenomena, analysis of noise and signal detection, quantum information in fiber systems, and fundamental limits to optical communications. Most notable of late is his contribution to the analysis of polarization-dependent loss in fiber communications, to the nonlinear-noise model in fiber-optic transmission, to the theory of space-division multiplexed communications, and to effective phase reconstruction by means of the Kramers-Kronig receiver. Professor Shtaif is a Fellow of the Optical Society of America and of the IEEE.

Chairman Emeritus of the Board of Governors

Dr. Anita Friedman has a distinguished record of public service, both as a professional and as a volunteer leader. Her roles in the Jewish and general communities extend from the Bay Area to the national and international arenas. Professionally, Dr. Friedman heads Jewish Family and Children’s Services (JFCS) in the San Francisco Bay Area, one of the largest and oldest family service institutions in the United States. JFCS programs are internationally distinguished for their excellence, innovation, and compassion. As a speaker, lecturer, and author, Dr. Friedman’s expertise includes social policy and programming for diverse populations that include children, youth, families, and the aged; the financing of health and human services; and the development of innovative business and social enterprise models. Dr. Friedman’s expertise also includes Holocaust and genocide education. She is the editor of the recently published Rywka’s Diary (Harper), now translated into 15 languages and the subject of a forthcoming film. Dr. Friedman has served on various local, state, national, and international commissions, including as a longtime Commissioner of the San Francisco Human Services Commission, overseeing the City and County of San Francisco’s social welfare budget. As a policy consultant to the State of Israel Ministry of Social Affairs, she has advised on effective policy strategies for human service provision and immigrant absorption. She is currently a trustee on the national boards for the American Israel Public Affairs Committee, the University of Southern California’s Shoah Foundation, the Taube Foundation for Jewish Life & Culture and the Koret Foundation, where she serves as President of the Board. Dr. Friedman’s numerous awards include the 2015 San Francisco Business Times’ “Most Influential Woman in Business Award,” the State of California’s Family Service Council Distinguished Leadership Award, the International Louis Kraft Award, the National Myrtle Wreath Award, Jewish Community Federation’s Professional of the Year, the Raoul Wallenberg Club Public Service Advocate Award, and A Wider Bridge’s Leadership Honor.

Chairperson of the Student Union

Lior Hazan is in the MBA program for outstanding students at Tel Aviv University’s Coller School of Management. She graduated with a BA in Psychological Sciences and Management. During her first year as an undergraduate, she volunteered at the Student Union and was elected to represent the School of Psychological Sciences. A year later, she was elected to lead of the social, international relationships and sports department. She was subsequently elected Vice-Chairperson of the Union and for the past nine months has been the Union’s chairperson, managing a staff of over 50 employees and representing all TAU students. Before her studies at TAU, Ms. Hazan served as a Human Resources Officer in the IDF. She served as the Vice CNO of Netanya and the Sharon region during operation “Protective Edge.” She was honorably discharged with the rank of captain. Ms. Hazan has always spent her free time doing volunteer work. She was a representative in the ProWoman organization, working to promote women into influential, high ranking positions in industry. She also volunteered in the Mental Health Institution in Ness Ziona. Today, she continues working and volunteering in various organizations. She is the Head of the Board in Nehes and Extra Student, and a board member of various organizations. She was recently elected to the Board of Directors in the National Student Union.

Vice President for Research and Development

Prof. Dan Peer is Vice President for Research and Development as well as Director of the Laboratory of Precision Nanomedicine at Tel Aviv University. He is the Founder and Managing Director of the SPARK Tel Aviv, Center for Translational Medicine. Moreover, Prof. Peer is on the Scientific Advisory Board of numerous international companies and an invited keynote speaker at many conferences. Prof. Peer’s work was among the first to demonstrate systemic delivery of RNA molecules using targeted nanocarriers to the immune system and he pioneered the use of RNA interference for drug discovery in immune cells. In addition, his lab was the first to show systemic, cell- specific delivery of modified mRNA expressing therapeutic proteins that has enormous implications in cancer, inflammation and infectious diseases. Prof. Peer is one of the pioneers in the use of molecular medicines (gene silencing, gene expression and gene editing) for therapeutics and diseases management. 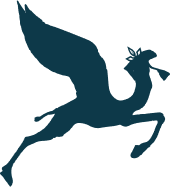 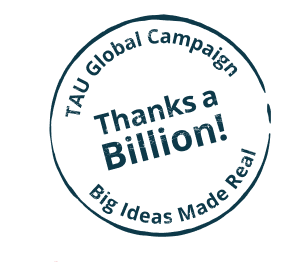 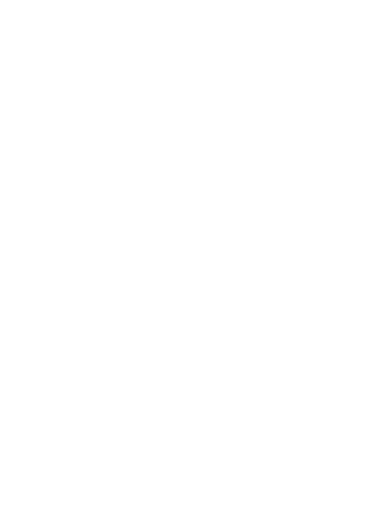